Be careful what you wish for

An American businessman was at a pier in a small coastal Mexican village when a small boat with just one fisherman docked.  Inside the small boat were several large yellow fin tuna.  The American complimented the Mexican on the quality of his fish and asked how long it took to catch them.

The Mexican replied only a little while.

The American then asked why didn't he stay out longer and catch more fish?

The Mexican said he had enough to support his family's immediate needs.

The American then asked, but what do you do with the rest of your time?

The Mexican fisherman said, "I sleep late, fish a little, play with my children, take siesta with my wife, Maria, stroll into the village each evening where I sip wine and play guitar with my amigos, I have a full and busy life, senor."

The American scoffed, "I am a Harvard MBA and could help you.  You should spend more time fishing and, with the proceeds, buy a bigger boat.  With the proceeds from the bigger boat, you could buy several boats; eventually you would have a fleet of fishing boats. Instead of selling your catch to a middleman you would sell directly to the processor, eventually opening your own cannery.  You would control the product, processing and distribution.  You would need to leave this small coastal fishing village and move to , then LA and eventually NYC where you will run your expanding enterprise."

The Mexican fisherman asked, "But senor, how long will this all take?"

But what then, senor?

The American laughed and said that's the best part.  When the time is right you would announce an IPO and sell your company stock to the public and become very rich, you would make millions.

Millions, senor?  Then what?


The American said, "Then you would retire.  Move to a small coastal fishing village where you would sleep late, fish a little, play with your kids, take siesta with your wife, stroll to the village in the evenings where you could sip wine and play your guitar with your amigos."

Posted by deaconmike at 11:12 AM No comments:

Posted by deaconmike at 2:30 PM No comments:

The Mother of God 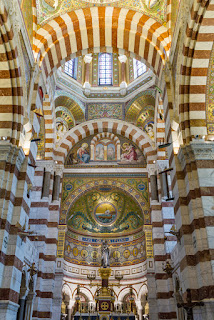 Today we celebrate the feast of Mary, the Mother of God.  Around the world, some of the most expensive and impressive buildings ever built are dedicated to Mary, The Mother of God.

Enormous cathedrals, filled with art so stunning its value is incalculable, all dedicated to her because of the birth of Jesus. In shrines around the world, millions of pilgrims come to places like Lourdes France, Mexico City, and Fatima Portugal to honor Mary – the Mother of God.

But ... if you or I  were to stumble into the cave that silent night with those shepherds, who smelled of their sheep; and saw a little child wrapped in a simple blanket. If we came, the night of Jesus’ birth and saw this woman who is so highly honored. We would probably be stunned by how humble this scene was – how miserable this scene was. My guess is that Mary’s simple, country girl looks would surprise us. She wouldn’t look much like the title Mother of God. 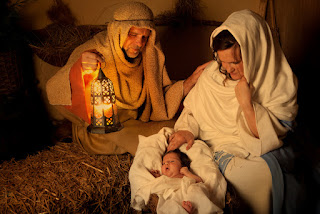 In a way, we are too familiar with the Christmas story. Its paradoxes and its stunning “absurdities”
fail to shock and amaze us. Not only is the Lord not born in a palace as would befit him. He is not even born in a warm house. He is born in a filthy, smelly stable not far from animal dung; a cave down beneath an inn while people comfortably lodge above. Clearly, there is a message in this; in how Jesus came into the world.

The humility of his birth, the humility of his Mom, tells us something of how he views the world, and of how we are called to live as his followers. That holy night only a few hidden souls, a few humble shepherds were invited to notice or experience this, the most amazing birth in history.

The message of Christmas is that we have a God whose deepest desire is to be “with us” – all of us. No matter how humble or how unimpressive we are, his humble birth and his humble mother tell us: He’s with us. ... He’s one of us.

The message of Christmas is that God doesn’t want to let us alone, but wants to reach out and be with us – no matter who we are. I read a story the other day that illustrates this idea well. It’s a true story told by a baby’s mother, which seems appropriate on a day we celebrate Mary’s  motherhood.

A family was on a trip from San Francisco to Los Angeles to visit family for Christmas and they stopped in a small town – King City – and found a diner to get some lunch. They had their baby son Erik with them. They were the only family in the diner.

Soon after sitting down, Mom heard her son Erik squeal, “Hi-there!”  Erik’s little face was alive with excitement as he banged his little hands on the metal high chair. The Mom turned to see the source of Erik’s merriment. She turned and saw a man in a tattered rag of a coat obviously bought by someone long ago, dirty, greasy and worn; baggy pants; toes that poked out of would-be shoes; and a face like none other a toothless smile with gums as bare as little Erik.

The man shouted out from across the diner “Hi there baby! Hi, there big boy! I see you, Buster!” Mom and Dad exchanged that look that was a cross between, “What do we do?” and “Poor devil.” They made it through their meal with little Erik and the bum still sharing love. The bum shouted across the room “Do you know patty cake?” Do you know peek-a-boo?..

Erik just continued to laugh and answer “Hi-there!” Every call was echoed. Nobody thought it was cute. The guy was a drunk and a disturbance. Mom and Dad were embarrassed and humiliated.

They finished quickly and headed for the parking lot thinking “Lord just let us get out of here before he speaks to Erik or me.” But it seemed the Lord and Erik had other plans. As mom drew closer to the man, she turned her back to side-step him, as she did Erik had his eyes riveted to his new best friend. He leaned over his mother’s arm reaching with both arms in a baby’s pick me up position. Erik was lunging for the man.  The man said, “Would you let me hold your baby?” 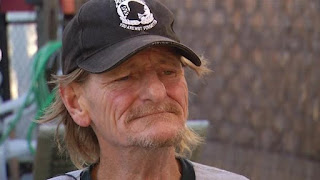 Erik was already there not much could be done.  Suddenly a very old man and a very young baby consummated their love relationship. Erik laid his tiny head upon the man’s ragged shoulder.
The man’s eyes closed, a tear hovered beneath his eyelashes. His aged hands, full of grime, pain, and hard labor, gently, so gently, cradled little Eric’s bottom and stroked his back.

The Mom said she was awestruck.

The old man rocked and cradled Erik in his arms for a moment, and then his eyes opened, and he looked at the mom.  He said in a strong voice, “You take care of this baby.”  Pulling Erik from his breast, unwillingly, longingly, as though he was in pain; the man handed Eric back to his mom.  He said “God bless you, Ma'am. You’ve given me my Christmas gift.”

With Erik in her arms, she ran to the car. Her husband was wondering why she was crying and holding Erik so tight. And why she was saying over and over, “My God, forgive me. Forgive me.”

I would suggest the meaning of Christmas is Erik.

Erik is God.  Erik is Christmas.

Erik is like the child Jesus; a fierce little baby who makes no distinctions but would embrace the least likely.  And that is what Christmas is about. It’s not sentimentality. It’s not soft.  It is as hot and hard as any romance.  It is Gods fulfilled desire to be with us. It’s God encouraging us to embrace with love those that challenge us the most.

If God is not with us and if God has not embraced our tattered lives, woe to us, there is no hope.

Jesus entered the world so humbly to tell us he is one of us, all of us born to a woman. He is just like us. Like the ragtag shepherds who worshiped Jesus that night in the manger, we are called to kneel before – our humble God – and rejoice.

Posted by deaconmike at 3:28 PM No comments: