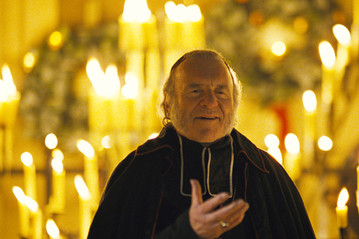 My favorite Broadway musical is Les Misérables. It is the story of Jean Valjean, who in hard times stole a loaf of bread from a baker. They caught and imprisoned him for 19 years.  Trying to recover from his imprisonment, he meets a Bishop, a noble priest who begins Jean Valjean's redemption by welcoming him to his home. In an act of extreme kindness and sacrificial love, the priest gives Jean Valjean a pair of candlesticks Valjean was attempting to stealing. This act of kindness by the good priest transformed Jean Valjean into a new man whose soul had been "bought for God."

At the end of the musical, as Jean Valjean lies dying before his beloved daughter Cosette and her husband-to-be Marius, he has a vision of Cosette's dead mother, Fantine. In this touching scene, Valjean commends Marius and Cosette to marry and reveals his long-held secret that he had spent his life running from the law. As Jean Valjean sings his last confession, Fantine appears to welcome him into heaven.  Jean Valjean then experiences an almost beatific vision of the priest, surrounded gloriously in candlelight. At this moment, he utters one of the most beautiful lines ever written in a play:

"To love another person is to see the face of God."

The message from this excellent musical for us all is that one simple act of kindness has the power to transform a sinner into a forgiven saint. Even in his humble and lowly position, the priest became a vessel for Jean Valjean and, by extension, the audience to see the very face of God through his indefinable love for an embittered thief.

We can be like this good priest.  We can show the face of God through our love. Too often, we underestimate the power of a touch, a smile, a kind word, a listening ear, an honest compliment, or the smallest act of caring, all of which have the potential to turn a life around.

Let’s all show the face of God by our loving kindness to one another!

Posted by deaconmike at 2:03 PM No comments: 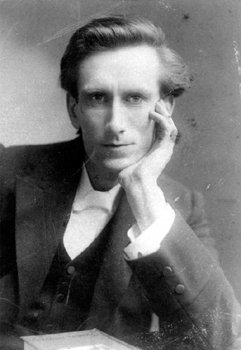 If you have become bitter and sour, it is because when God gave you a blessing you hoarded it. Yet if you had poured it out to Him, you would have been the sweetest person on earth. If you are always keeping blessings to yourself and never learning to pour out anything to the Lord, other people will never have their vision of God expanded through you.

Posted by deaconmike at 9:47 AM No comments: